I’ve been working away on Twine-based IF for the most part recently, hence the silence on this blog. The latest Certain Death release was Overton — a little free setting that I plan to expand with adventures when the IF bug wears off later this year — but the latest thing on DrivethruRPG with my name on it is Gods and Monsters, a Fate World I wrote for Evil Hat.

Even if you’re not sold based on my writing, the art is fantastic. I mean, get a load of this: 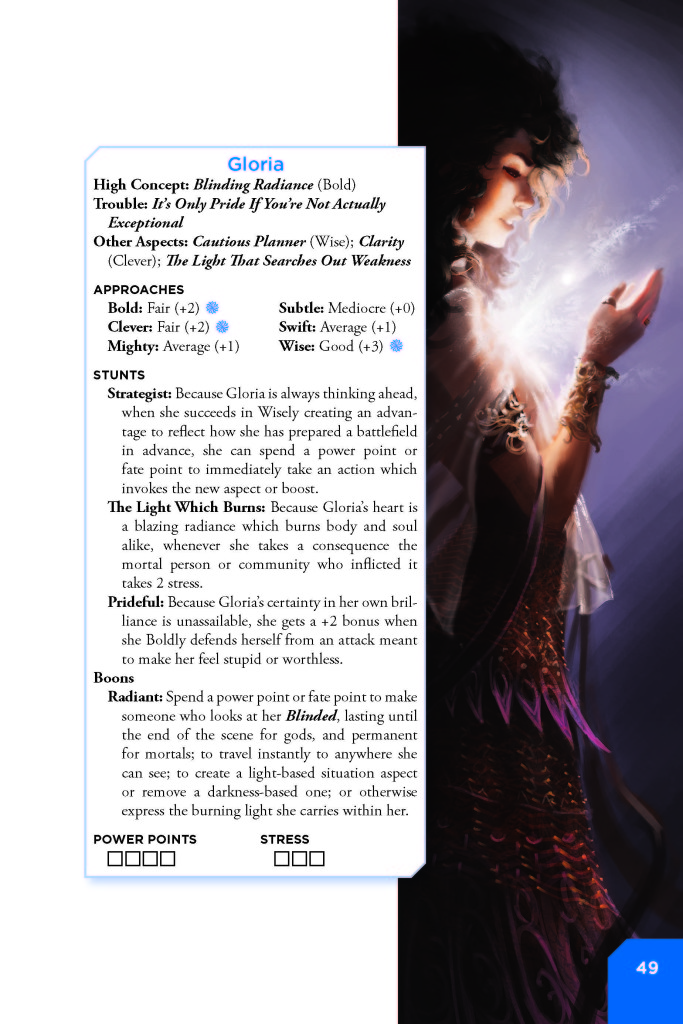 Gloria’s an NPC in the sample adventure.

And that’s not even the best one!

There’s a discussion currently going on over at RPG.net about rules clarifications here, and the changes from that are going to be incorporated into the pdf soon. (The update will be free if you’ve already bought the pdf, so don’t let impending changes put you off.)